A downloadable visual novel for Windows and macOS 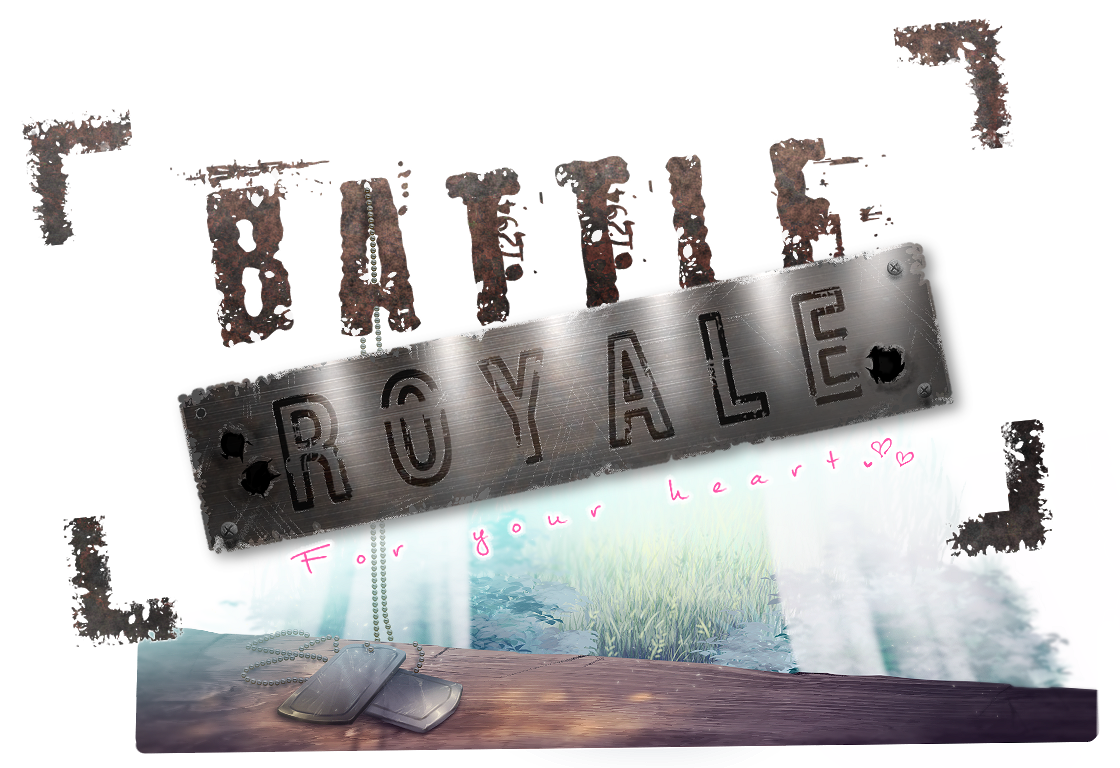 Battle Royale: For Your Heart! is a battle royale themed romance parody game in development.

Battle Royale: For Your Heart! (BRFYH) is a battle royale themed romance parody game in development. This game is a critique on common visual novel and anime tropes, online gaming communities, and, of course, the ever-growing popularity of battle royale games.

After watching SamuraiStriker, world famous streamer and competitive battle royale player, invite gamers of all skill levels to join him in LegendEx Games' Fighter's Cup, you decide to enter the tournament to try and win the highly sought after mystery prize.

The only problem? You are a complete noob, mistakenly entered the duos tournament as a solo player,  have to scramble to find a partner, and attempt to win the competition!

Select your avatar, player voice, gamertag, and possible duo partner, as you venture into an expansive virtual world alongside a colorful cast of characters. It is up to you to decide how the game unfolds. Unlock hidden scenes, build a bond with your partner (or enemies!) and try to win the competition!

The completed game will feature:

[Please Note: A longer extended demo will be coming out soon.  Check the devlogs and my twitter for more information.] 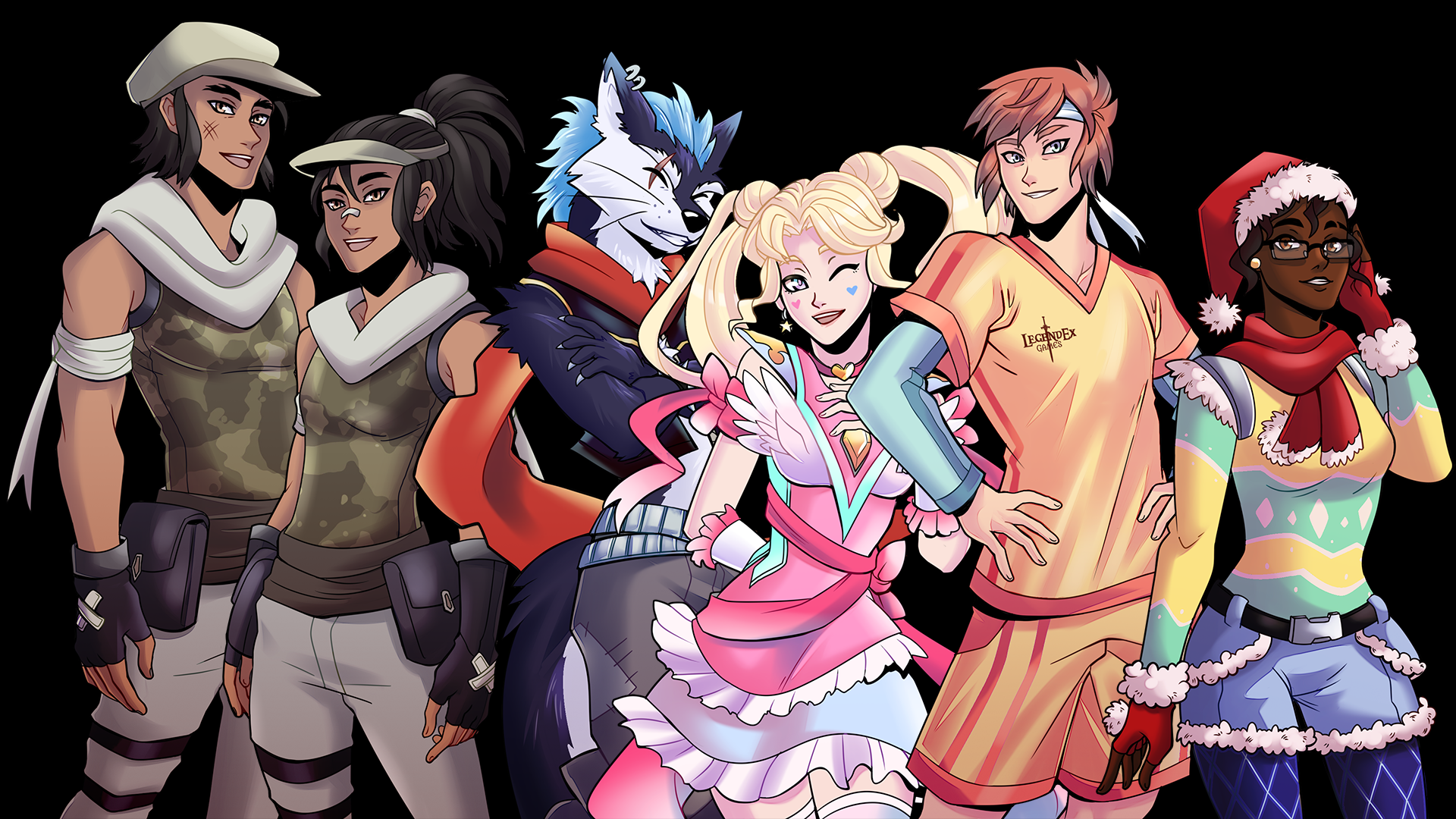 Date a diverse cast of characters with interesting backstories and attractive designs.

Choose your player's appearance, voice, and gamertag. You're a new player on the battle royale scene and don't know much about the game or virtual world. Navigate the routes in order to learn about the game mechanics, your partner, and the world around you.

A possible partner and romance option if you choose to be the female main character. Parker considers himself an inexperienced player despite having played in a few unranked battle royale matches before. Parker is more concerned with creating a fun experience for himself and his partner than winning the tournament.

The player is able to name this character. She becomes a romance option if you choose to be the male main character. She is very standoffish and defensive about her play style. The female noob is determined to prove her skills and that she shouldn’t be judged by her basic avatar.

For the most part, Midnight takes a relaxed approach to life... though this doesn’t apply to certain things which he feels very strongly about. Sometimes he’ll slip up and remind you that he is indeed not “one of the young ones” but tries to hide this because he doesn’t want people to think that you can’t teach an old dog new tricks.

TwinTails is a peppy, vibrant girl who lights up the room… until you do something she doesn’t like. Her happy-go-lucky persona drops and is replaced with a scary woman. Still, one can’t help but be enchanted by her...

Striker is a famous streamer. He started as a competitive player in esports but has long since watered down his content for his younger audience. Striker has a dual persona. On stream, he plays the part of a hero, trying to garner more attention and views. Off camera, he’s a little bit different. Which side will he show you?

Holly is a no-nonsense kind of woman. She’s focused on winning the battle royale and won’t let anything stop her. Being hyperfocused on the win leaves others thinking she has a chilly  personality, but in reality, Holly is a caring and compassionate person. She just funnels that energy into being the best at what she does: winning battle royale games.

This game is amazing! UwU. Question tho. (1.) Free upon full game release? (2.) R u going to have full or partial voice acting? Also UwU's and OwO's 2 ur game!

Thank you for playing and leaving a comment! The game will be a commercial release and will have partial voice acting. We will be launching a kickstarter campaign at the end of august, so please keep a look out for that and a new updated extended demo (60k words and new features!) Thank you again!

The art, voice-acting, and GUI are fantastic! I'm definitely down to see the complete game now.

Quick question-by 3 duo partner options, is that including the protaganist...s....? So TwinTails, Parker, and New Girl? Or is there someone else I keep missing?

Yep, that would be correct. In the upcoming extended demo you can pair up with Midnight as well and in the full game though Striker and Holly are locked as partners, they can still be romanced.

Thank you for the quick response!

I played through the demo a number of times and I really like what y'all made here! Although the protagonists' ignorance on games had me dying of second hand embarrassment. They had the time to look up forum threads on Samurai, but not to watch a youtube video on how the game worked...? Man, they're in over their heads. It's a bit strange reading from their POV-they make note of things I don't even notice anymore. It's weird enough for me I keep attempting to make explanations for it (like the MC is an army vet) , but honestly this probably really is how games seem to complete outsiders.  It's fascinating and disorienting at the same time.

I'm not too into the streamer scene but some of these characters are familiar lol. Makes me feel a little weird as I'm playing, though I think that might be necessary to get your commentary on the online gaming community across. Sure, everyone was pretty nice in the "prologue" but you can see the dirty cracks with forcing TwinTails to be MC's partner and New Girl's extremely aggressive attitude.

Ah, that was another wonderful aspect to this game. I love it when the unpicked protagonist is a character unto themselves. The difference between New Girl and Parker was so extreme, although as a girl, I understand why. Still threw me pretty hard when I played as dude!MC though. I very much was expecting just a generic, fumbling noob with paranoia like back when I picked lady!MC, so it was a great surprise.

All the characters were endearing, but I am partial to Midnight. Just a decent dude, ya know? Parker also seemed sweet. Not gonna win the royale, but sweet. Wish we coulda seen more of Striker and Holly, but given the set-up it makes sense. TwinTails story with her sister and Striker intrigues me. Overall I'm hoping for some good drama to play out between members of the cast. After all, isn't that what streamers are famous for, only sometimes second to games? :P

Really looking forward to the updated demo and full game release. Keep it up!

Thank you so much for the lovely and well thought out comment! The team really appreciates the feedback and the compliments as well <3 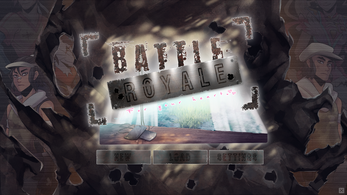 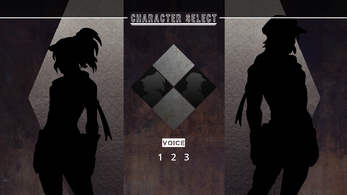 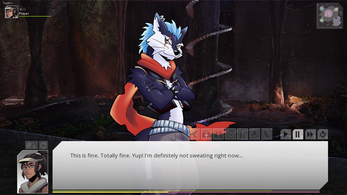 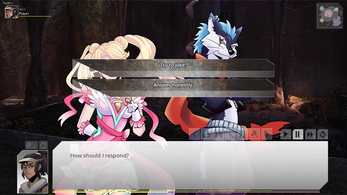 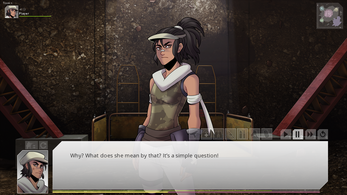